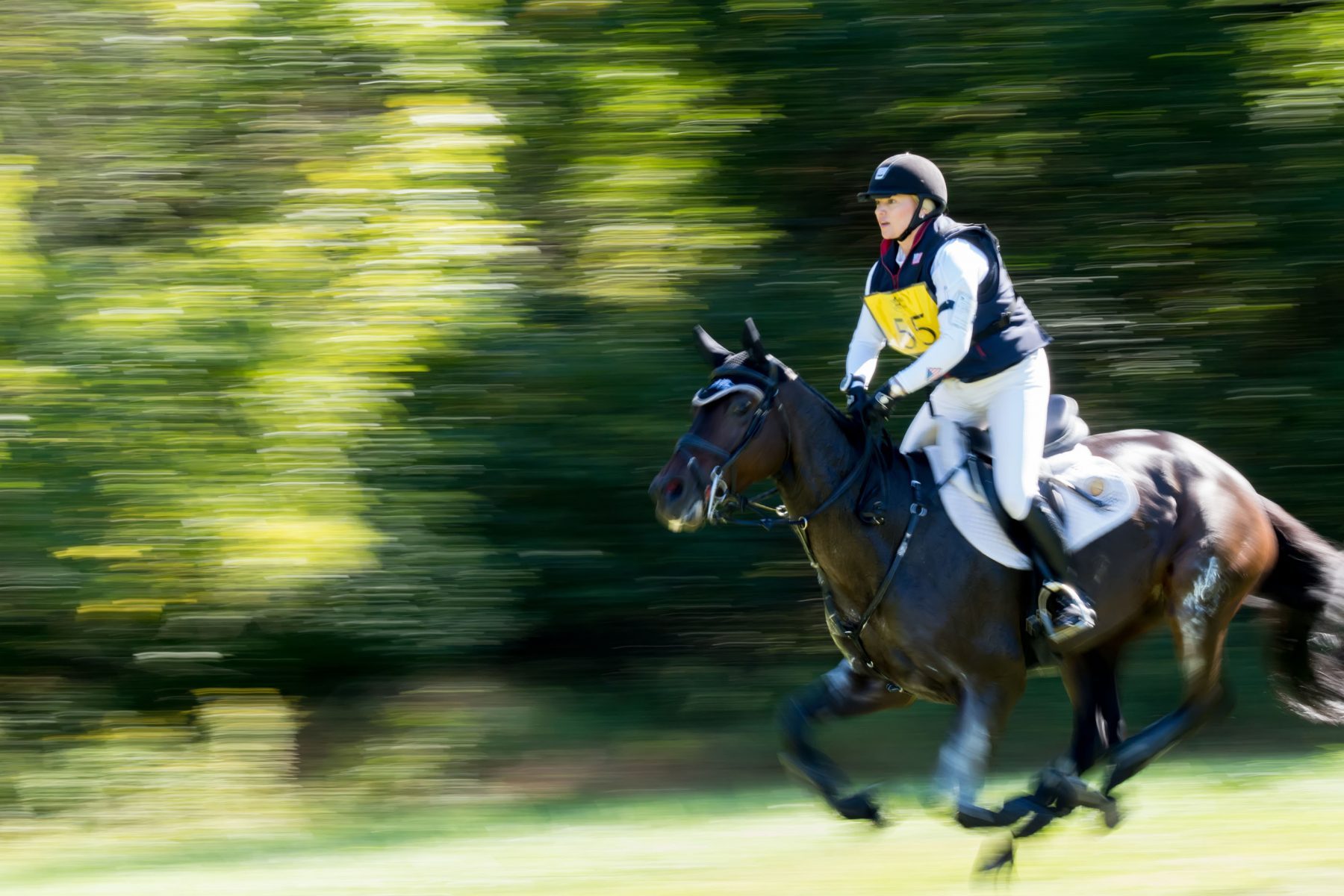 In the world of equestrianism, people typically think of Pimlico when they think of Maryland; for me, my first thought has always been Fair Hill.  Having grown up in Cecil County, Fair Hill is home.  I’ve been out of Equestrianism for quite a while now, so it’s only fair that I return to it at what I consider to be my home field (literally).

Morning presented Fair Hill with crisp temperatures and cloudy skies as riders prepared to run renowned course designer Derek di Grazia’s challenging CCI3* and CCI2* cross-country courses.  There was some concern of the weather turning for the worse as the day progressed, but when it was time to ride, the clouds parted and bathed Fair Hill, Maryland in wonderful sunshine.  It was a beautiful day of cross-country at The Dutta Corp. Fair Hill International CCI in Fair Hill, Maryland.

It’s always nice when any sporting event has a competitor that’s native to the region, and in this matter, Maryland has plenty of reason to be proud.  US Eventing Team member and multiple Gold Medal winner, Marilyn Little was ready to face the fierce competition, including fellow US Eventing Team members, Phillip Dutton, and Lauren Kieffer.

Marilyn Little is no stranger to 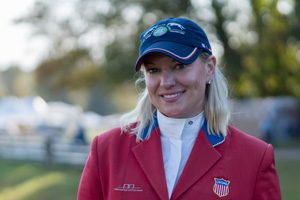 Fair Hill International and has won many ribbons of both the CCI2* and CCI3* on several occasions. However, the championship rosette has eluded her… until this year when she took home not only the championships, but also the reserve championship.

The Maryland native, started out strong, earning a 41.5% with the 11 year old RF Scandalous to take the lead after the first day of dressage. Marilyn and RF Scandalous, won double gold medals at the 2015 Pan American Games and Marilyn stated during the evening press conference, “This is the first three-start test that I’ve done on her in a year. So this feels good and it’s a pleasure to have her here.”

Marilyn held onto the lead in the USEF CCI3* Fall Championship, holding the top position with RF Demeter and as well as second with RF Scandalous.  Under Marilyn’s control the skill and strength of RF Demeter and RF Scandalous on cross-country, was clear.  Little was able to maintained her lead, however switching the ranking of her mounts.  RF Demeter, a 14-year-old Oldenburg mare jumped around clean and inside the time to move into first place ahead of RF Scandalous by a little more than one point. RF Demeter was later awarded the Fitness Award for being the best-conditioned three-star horse.

Speaking later about RF Demeter, Marilyn said, “She gave me a great run round.”  On her round with RF Scandalous, Little commented, “Scandalous is green… It’s only her second run at the CCI3* level and it rode very true for her.  She is a courageous horse and finished comfortably.”

When asked about the advantage of having two horses in the top three, Little did not mince words and highlighted the importance of the partnership she has with both. “I would have loved to have ridden Demi (RF Demeter) first because there’s an invaluable partnership there. At the same time, RF Scandalous is very straight, adjustable and always wants to do a good job. I had a feeling that if I presented it well to her she would try to get the job done.”

Both mares were accepted by the ground jury during the final horse inspection on Sunday morning and Marilyn rode RF Scandalous first in the middle of the division. The mare performed beautifully, leaving all rails in their cups and finishing inside the time. With this clean ride, Marily was secured at least the reserve championships but, as rails began to fall as the remaining top ten jumped the standings were shaken up quite a bit. When Marilyn entered the ring with RF Demeter, she was only 1.7 points ahead of RF Scandalous.  RF Demeter jumped brilliantly around the course but knocked a rail at the first element of the triple combination. With the single rail falling, RF Demeter slipped into the reserve spot while her stablemate RF Scandalous moved back into first for the win. “I really couldn’t have had a better day with these two,” Marilyn said smiling at the final press conference. 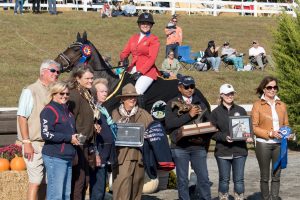