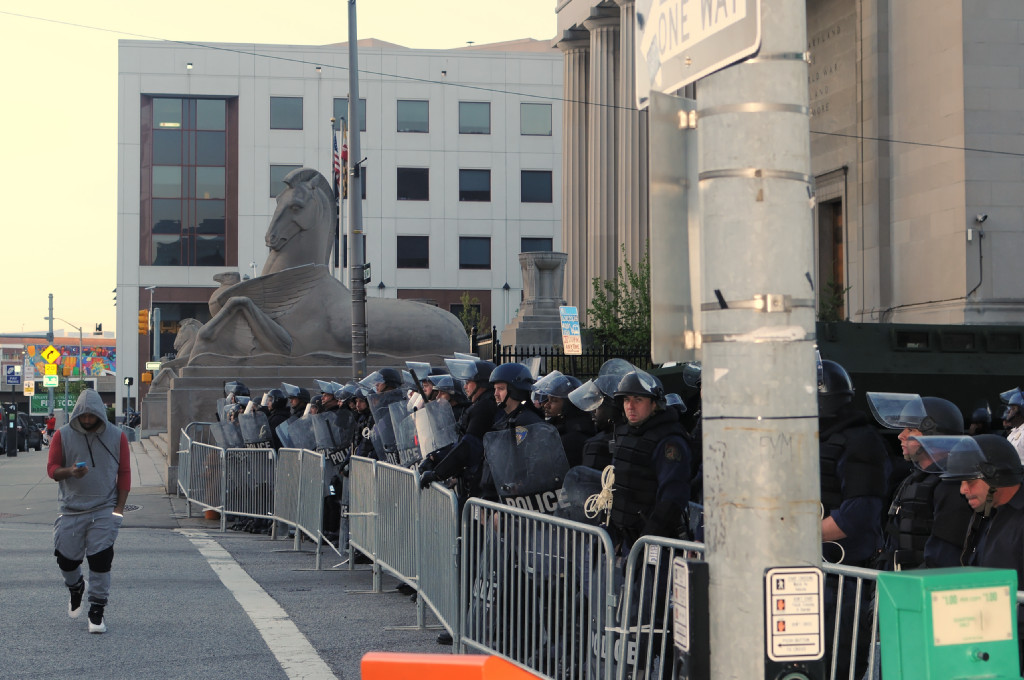 There has been much debate on police wearing cameras during duty and some confusion from Mayor Stephanie Rawlings-Blake position.

During Baltimore City Council meetings, I listened to some members of the press asking for clarification on why Mayor Blake was in full support of cameras on officers, but was not in support of the City Council approving the exact same initiative.

The confusion from members of the press was expressed in the following… if City Council can produce directives and laws on curfews for juveniles that direct police action, then why is there a conflict in the case of City Council directing police action in using body camera’s?

Mayor Blake stated that City Council was rushing the law without giving the solicitor time to review the legalities, and the council’s directive was overbroad, and it was better to hold off passing the bill at this time, that it WAS her intent to pass body camera legislation. She tried to explain this to the press but failed to give a concise or direct explanation on why the two separate issues differed.

What was lost in all of this discussion on police abuse and body cameras is the reality of the situation.

Mayor Blake expressed after quite a few high profile police abuse issues being covered by the media, and a later exposure of multiple payouts from police abuse settlements, that there needed to be a way to weed out and identify and remove “bad cops” that are giving the department a bad name and they were working on that.

Here is the rub of the whole situation.

The City is sued because a police officer has been abusive and violated the rights of a citizen. The police officer is shielded by both governmental immunity and union protections that even shield them from being interviewed. The solicitor in attempting to reduce liability and protect the City from negative press and a higher liability, makes a settlement offer that includes a non-disclosure clause. As part of the settlement in most cases the charge against the officer is dropped.

The Mayors office suggests a comprehensive system to track such misconduct. Some have suggested a public database. The issue is in such settlements, the officer and city do not acknowledge any wrongdoing. If there is no wrongdoing then there is nothing to track.

The end result is the “bad cop” who the city wants to get rid of, because of the settlement is not guilty, and as such can’t be fired and is even doubtful to get much discipline. The mechanism, camera or not, that identifies a bad cop in the end will be thwarted by settlement that protects the same cop and puts them back out on the street, over and over.

The Only remedy to the situation is a change in how the settlement is structured and how the city resolves the issue. If the city as part of the settlement, pursues that a police officer violated his oath of office, by the Maryland Constitution he can’t serve as an officer. The constitution is clear about this for any office, that a violation of the oath of office is not a minor issue, but a ban from ever holding a political office again. (Even down to being a Notary Public)

The only leverage, the state can remove the states immunity from the officer in a case of negligent behavior, leaving the officer to decide if he is willing to walk away under violation of oath, or risk potential civil ruin unshielded by the state.

Why is this not happening? Because if they open Pandora’s box and start enforcing the oath of office for the police, then all public offices are vulnerable to the same risk, and politicians do not want to run the risk of themselves being subject to a permanent ban, so no one wants to enforce any part of the oath they swear in the first place.