BronyCon – What is there to see? 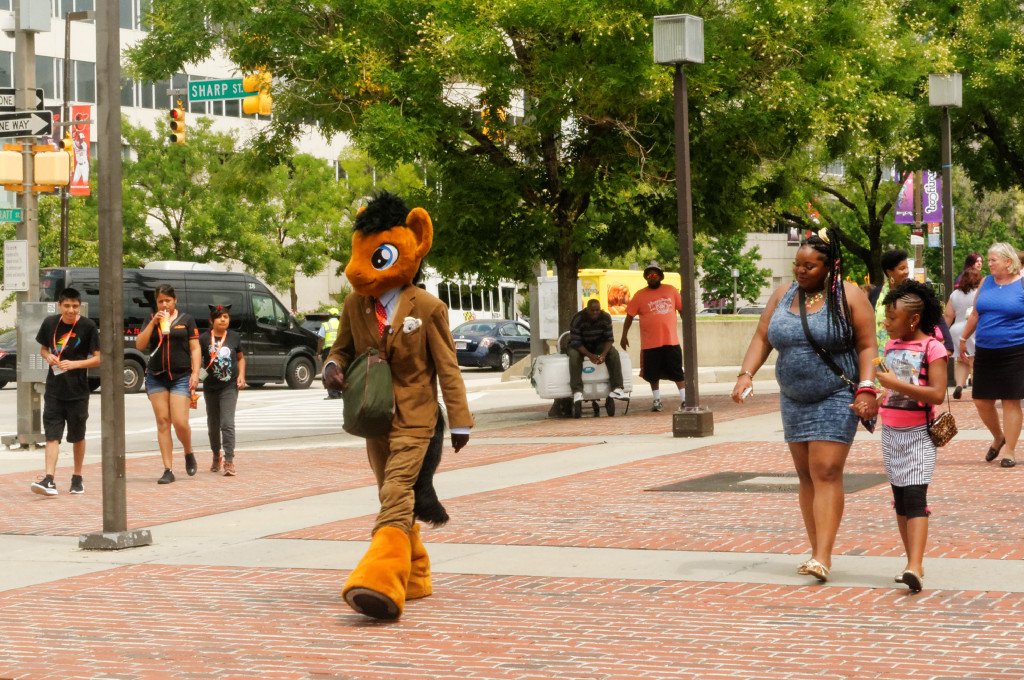 My prior BronyCon article, gave a bit of history and what makes it unique as conventions go.

Getting ready for BronyCon 2016, I wanted to give you a view of some of the things you will see, what you can buy, and what there is to do the Con.

First of all you can Dress up (Cosplay) or just come to see those who enjoy dressing up. The major My Little Pony characters are often represented by the fans in both Human incarnation and in pony suits.

This draws together fans, brings friendly costume competition and allows young fans to see a pony in real life that they may have only seen on a TV show.

BronyCon has later in the evening a dance party, artists panels where you can learn more about how the art or story is made, fun insight into how each artist contributes into the world, and occasionally how the fandom has an impact in the MLP world.

To understand this I have to explain a concept called “Cannon.” MLP has a large fanbase that both makes fiction and in the case of unnamed ponies, may name them and contribute a personality. Cannon is when the producers/artists/company takes a fan based popular concept and adds it into the cartoon. Rather then being fan based it is now part of the show.

MLP writers and artists are well known for not only reading fan fiction but as the fan-base accepts or popularizes a concept, they take something from that and add it to the show. This two way communication is one of the many ways the writers and artists let the fans know, they are important.

In 2015 the sales floor has various items for purchase, including comics, in plush toys,  jewelry, clothes, etched drinking glasses and mugs, artwork both pre-drawn prints and the MLP artists and others doing commission work.

For the most popular artists you have to be there early or expect to wait in line or be added to an artists list of drawings you hope get finished by the end of the convention.

If you are planning to attend and get artwork done, remember that most artists take credit cards but cash always rules, and the MAC machine in the lobby of the convention center seems to be empty just when you need it. 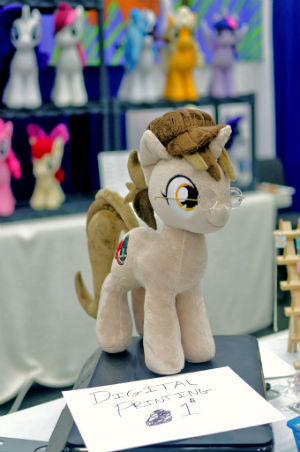 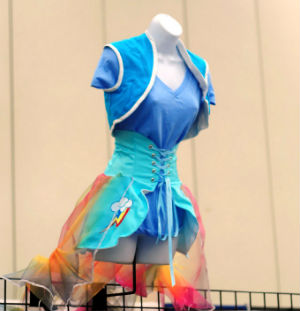 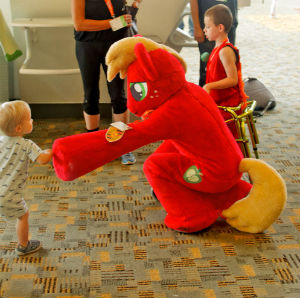 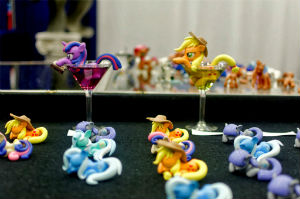