Otakon is always fun and an event worth going to.  With Otakon moving from it’s home in Baltimore to D.C., the new convention center, new city and learning new transportation, it was up in the air how the transition would go.

That being said, Otakon outgrew the Baltimore convention center back in 2012/2013, but due to contract obligations had to remain though 2016. Otakon was struggling with larger crowds and a space built that was inadequate for events of this size. The Baltimore Convention Center is split into a few large area’s but moreover a bunch of smaller area’s that can be split up or used for smaller groups/meetings.

In 2015 Otakon informed the public on it’s plans to move from it’s long time home of Baltimore to D.C. in 2017.  When a convention moves, because it has grown too big, it is left to hoping that the new venue will offer more space and that most of the long time attendees would make the transition.

Cities have issues with parking but the Baltimore Convention Center had the benefit of parking, landscape for Photography, close to the Inner Harbour for water views and last a plethora of eateries from the expensive to food carts to a Subway hoagie shop across the street.

Baltimore’s convention center had bottlenecks that at times forced people to not use the escalators or be forced to exit to the street and re-enter from other doors.  By contrast it also had indoor eateries, a patio with greenery, large windows around the center offering ample light.

The Walter E. Washington Convention Center was a new experience, as with new things, you had to leave behind the old memories and review what you now were presented with. 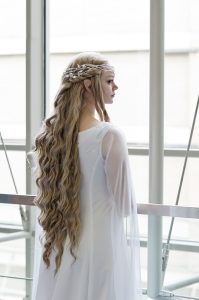 Unfortunately this was often the people looking at the vendors items, the row looking over the shoulder waiting to get up to the booths and then a small center line trying to share a path moving in both directions through the arena.

The  D.C. convention Center solved this. Both artist and Vendor now had space for about 15-20 people between the vendor booths. This shows room for expansion but also took away the claustrophobic atmosphere and allowed you to wait for an opening at a vendor without feeling you were always in the way. For Vendors people feeling more at ease means customers are less likely to move on and not purchase.

D.C. was better organized overall. The Baltimore convention being separated by 3 buildings connected by a skybridge had the unfortunate issue with traffic paths as well as staff constantly directing you to the wrong side of the convention. Add to that the large vendor rooms had one way traffic from the back of the building to the front. If you wanted to go to the artist area and the vendors, you had to go to the back of the building, go through one area and then circle the building again to go through the second area. D.C. with the larger room again did not experience traffic blocks.

Staff by comparison seemed more informed and aware of where things were located and if they did not know, instead of guessing, directed you to where you could get the answers. 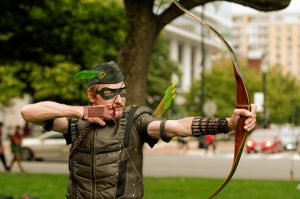 The main downside of the convention for now, photography. Part of a large cosplay convention is getting photos and cosplayers being happy with Photos of them. The Walter E. Washington Convention Center has an issue with lighting in a lot of the area’s as well as a lack of green open areas. Across the street is a large open green area but to isolate a cosplayer without the city traffic, which takes walking around. (and a learning curve)

Two of the three photo locations/gathering spots are not appropriate and I hope they rethink this for the next year.  The Skybridge is fine and offers light and glass and a distance so you can blur the background but it’s not separated from traffic flow or blocked off as a shooting area with ropes, so getting it clear at any time is an issue

The lower floor area in front of the Vendors area suffers from being underground and in a long hallway. The light is low light for ambience and as a photo shoot area, offers little in space or flexibility.

The last area is in the main area next to the main entrance/weapon check. A large and open staircase, it has an advantage in space and light, but short cosplay skirts do not do well with up stair photography. The bottleneck of Photographers extended into the lobby and as such not only did you have too many people in the way but the angle was not best for photos.

Food Vendors in D.C. were also an issue. The convention center is located in an area that has Pizza and a few other Food shops but lacks an overall abundance of Baltimore.

In the end, a lot of people transitioned to D.C. with the convention, The hotel next door was open and had decent lighting, and getting in and around the The Walter E. Washington Convention Center was a vast improvement from Baltimore.

For  new convention center and a new City, Otakon did fantastic at the transition. Does it need work and adjustments, and with growing pains it is to be expected. With going to Otakon for years, the one thing I have learned is if you on the east coast, Otakon is still a convention worth the trip! 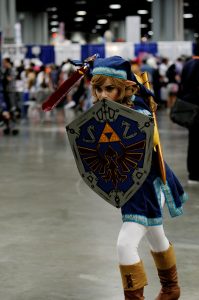 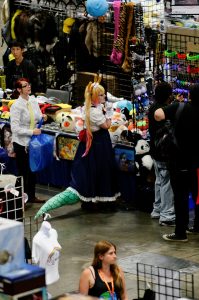 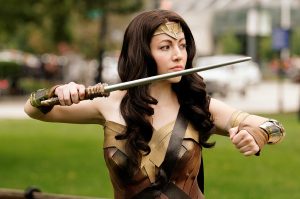 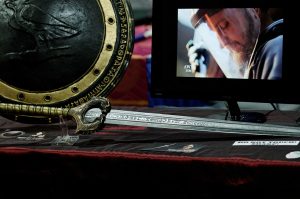