One would think this is a good thing for Philadelphia, and as a former resident of both Philadelphia and Baltimore, I did not expect Philadelphia to capture the top murder/shooting rate.

Baltimore for years has struggled with the homicide rate hitting over 300 every year, for the most part a death a day was not all that uncommon or unexpected. But Philadelphia went all out and hit the 300 mark by July 16th. 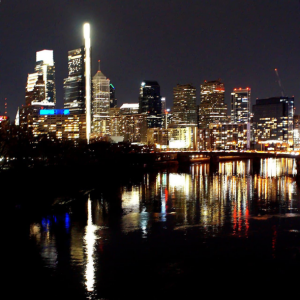 Guns and Violence are a common theme in news, in some places, a shooting or gun death, barely gets a story byline, because people have grown insensitive to it.

The first major gun crime I can remember in my life that addressed guns and responsibility was the columbine shooting. This was a major U.S. and international case that brought attention to mental illness and gun violence.

Michael Moore put out a movie “Bowling for Columbine” that tried to address some of the issues of Gun violence, some factual points and some half truths. In the movie he stated that Canada had more guns per capita but less murders. This is not correct as Canada as of the time the movie was made, had on average 31 guns per 100 residents vs the US having 89 per 100.

Truth is, Yes per capita gun ownership to homicide rate, the U.S.A. wins (if you can call it winning) hands down. But we have to look at the survey and realize the numbers are again skewed.

The US is listed as 89 guns per 100 residents, but this number is not 89 gun owners out of 100 people, as gun owners and hunters tend to have multiple guns.

The Movie/documentary blamed angry white men as the major factor, but that is too simple.

Gun Violence, worth of life are often tied to self worth, the ability to move forward in a positive direction in life, hope, community and family values. Secondary to this is Mental health and overall medical care.

One of the most pertinent points touched on, is the news message and constant bombardment with the worst of society and the complete lack of hope presented. TV for the most part brings into our home the message that People are cruel, abusive, untrustworthy, evil, backstabbers who take advantage of friendships.

Is this harsh? well lets look at daytime tv.

The Steve Wilkcos Show, The Jerry Springer Show, and Cops. Who present people as animals who are not deserving of care or compassion. Programs where everyone is attacked and shown to be weak and worthless and deserving of nothing but humiliation.

Then we have the news.

Local TV News – has to cover the big national stories, but they also cover local or regional issues.

They differ as they post the horrible stories but also tend to put in local goodwill, some community interest and some even add community comments on local issues allowing people to “talk back” and test products for consumers. But on the other end, one Scranton News channel for years has had an unerring interest in fires and seems to seek out any fire in a good 50-75 mile radius to report on.

National News – Starts off with Fear and panic, of suffering and calamity.

Covid, Conflicts in “insert country”, invasion of “Killer Bees” A.K.A. The Africanized bee or “Murder hornets” A.K.A. “Asian Giant Hornets”, Oil prices and food shortages or anything that provokes fear. The right wing, the left wing, extreme groups, the police, the protesters, the government, the lone wolf. if it’s fear and instability or if it bleeds it leads. (a side note is the subliminal message with the times.

(killer=africanized, and Murder=asians, Odd how when the U.S. population was fed fear of group population, fear stories promoted the dual description tied death and race/region))

What is gone is the old ways.

Walter Cronkite, who would bring news stories and conflict but went out to portray the humanitarian impact, we had shows like Happy Days and Mork and Mindy. and going back we had Leave it to Beaver, The Beverly Hillbillies, All in the Family.

We had westerns who had guns, like Bonanza, the rifleman, and gunsmoke. who professed justice but also leniency and that there is a time to put things aside and work them. Redemption of people, even those who did bad things, could paid for what they did, and be allowed a clean slate to make good for themselves and have redemption.

We have seen the change from respect, hope and leniency, where we were taught to see the good in people, to the everyday bottom of humanity and everything is to be feared… no one to be trusted, even our closest friends.

If it was not just one thing, I would not point it out, but the combined message being subliminally and projected directly to the public has changed, and this narrative changes how people think and react due to constant re-enforcement.

So in the end… maybe some of the gun issues are because we are fed a constant diet of fear, distrust, hopelessness, hardship and a lack of care for others. We are fed to enjoy the righteousness of others suffering for our entertainment, and in that end, we are all validated, because everyone can see it could only end that way.

People deserve love, a hand, compassion, acceptance, understanding and in the last 60 years we have forgotten that. and maybe due to this indoctrinated indifference, a life has become worthless.

“Until next time, Take care of yourself, and each other.” Jerry Springer