Sting and Paul Simon: On Stage Together Tour 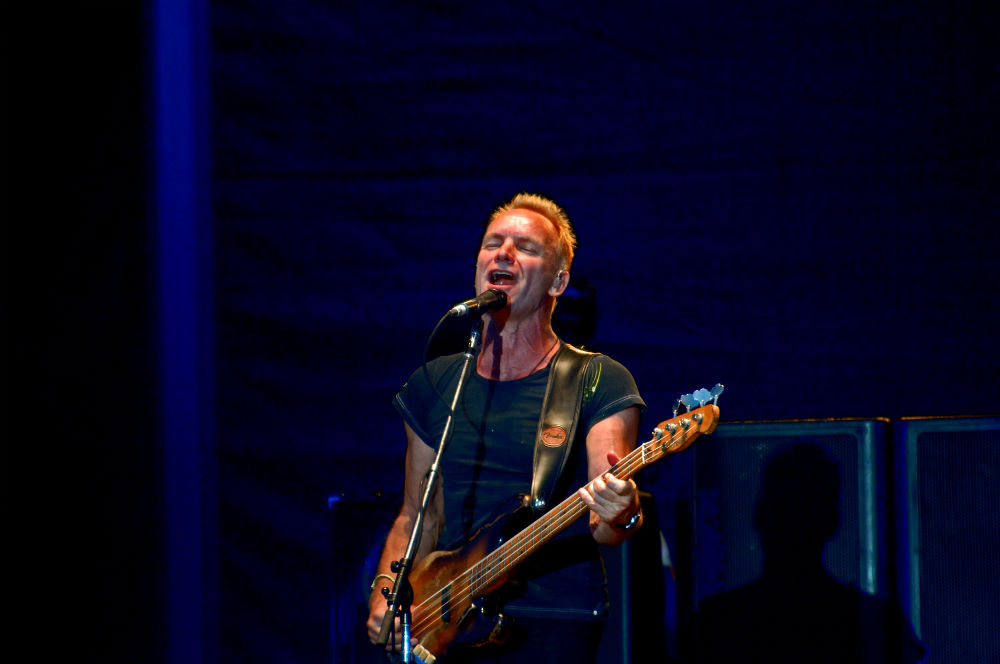 Concert demographics for Hershey and Philadelphia.

Philadelphia  by visual census had an apparent median age of 50, while Hershey appeared was approximate 35.

The age range at Hershey by comparison covered a larger span,  20 at the lower end and 75 at the upper end with a median range closer to 35.

Philadelphia’s croud was more concentrated between 45 to 55 years old.

Now onto the show. Both artists put on a wonderful show, with only one minor technical issue. On the first Paul Simon solo, his microphone had a a minor short producing a clicking while he was singing, this was quickly revolved the rest of the concert.

Both artists entered the stage, Sting was given a standing ovation, but when Paul entered the stage the applause stepped up in levels. By raw audience sound it appeared that Paul had about a 33% advantage. The concert started off as by set timing. launching at 8:20 PM and closed about 5 minutes short of 11 PM.

When onstage together, Both artists lacked the synergy. Failing to mesh it took almost 2/3 of the show to find a comfortable medium. Sting did not hit the highest vocal ranges he has in past, as an example Roxanne, but being known for not wanting the song to be the same each time, that was perfectly acceptable.

Stings vocals were tight and never missed the target for the range he was singing in. The female backup singer, on the other hand had a fantastic lower range, but on pushing to the higher range was strained and missed both pitch and consistency. She reminded me as she started of Clare Torry from the legendary solo “The Great Gig in the Sky” by Pink Floyd, but that was short lived. Sting was hitting higher notes, but the upper range on her extended solo showed that if she stayed in a lower range it would have been magic, but as it stood, the high range strain made you cringe at times rather than bringing you in, it broke the mood.

The backup hit of the night was the base riff to Call Me Al. The base guitarist took you back, and joyously so, into Simon and Chevy Chase and made you want to do the dance from the Video.

Unfortunately the staged interactions between Sting and Mr Simon were so obviously choreographed, it removed any closeness, far from a genuine conversation that you would expect if you were privy to a backstage meeting.

Sting did in his recollections and story telling of the early days, offered a warming connection and even if planned, at least connected with the audience, the interim banter between artists was painful.

Sting and Simon, by swapping out the stage is a novel way to perform an extended concert without ever having to have an intermission and gives the artists both vocal recovery time. This would not work with most concerts because it offers no real time for those important tour item purchases.

Evaluating the strengths and weaknesses, Sting seemed to have trouble with some of Paul Simons lyrics in a few combined songs and backed strategically away from the microphone when he seemed to loose place in the lyrics, but you had to be looking for it. Stings voice, stage presence and playing were top rate and consistent. Paul Simon melodic voice was not there. He was on pitch and enjoyable, but it lacked the tonal changes, the warmth, depth and sorrow, that made his singing so captivating. Mr Simon’s guitar playing by contrast, was a thing of beauty. On the guitar, what other bands accomplish by corrections in a sound studio, Mr Simon produced at will, without any perceived effort.

In the end it is a concert to see not only because of the individual artists involved, but it’s a combined walk down memory lane and one of those shows that if you miss it.. you may never have a second chance.