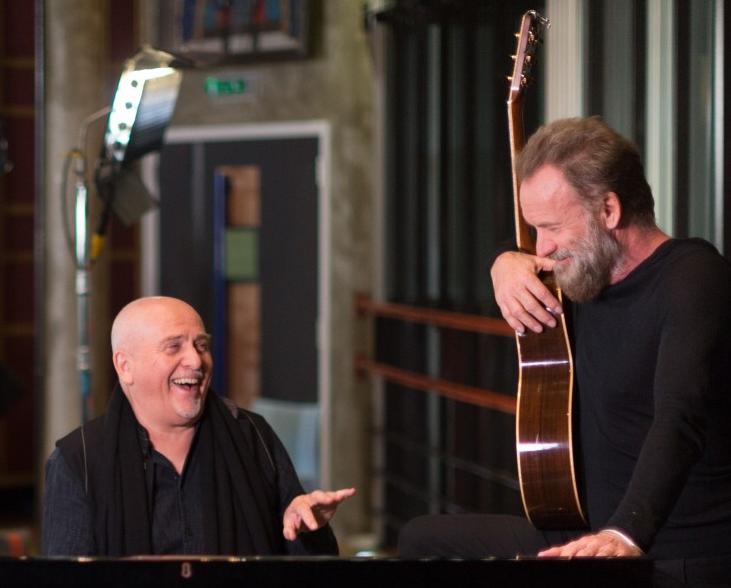 Sting and Peter Gabriel have come together for a fantastic concert tour.

Last year I got to see Sting and Paul Simon when they went on tour and I did a review in this publication. The show was more of a playing in the park or an intimate show that was more about the music. The show had some good and bad points but overall was well worth going to. (not just because we may never see both artists play together again)

This year Sting has come out and bringing along with him is Peter Gabriel. Both artists share a long standing relationship with humanitarian issues as well as a distinct but similar stage presence and song style. Both are versatile and offer both consistent and familiar songs, some sung as you remember, and  some with differing variations that offer something new in concert.

Unlike the prior concert, this production was just that, a full stage show with lights and a full production value. It was a show of Song and ideal, in both Music and visual production.

In the B&T Stadium in Camden NJ, Mr Gabriel did a sobering rendition of Stings “If you love somebody set them free” offering, in my interpretation, more of a soulful plea to  do the right thing and set someone free, don’t hold them in pain. Two artists singing the same song, can with the same words, produce such a different emotion and connection. Though not as extreme as Hurt done by Trent Reznor and then Johnny Cash, Mr Gabriel left the audience hanging on every word too see what would be next, even though we knew the song word for word.

The Show started just prior to Sunset around 8:20 PM and continued until about 11:15 PM. This Show like the Sting/Simon concert had no intermission. The artists did a few combo songs, a few solo’s swapping back and forth and a few more combos. Sting even joked near the end that this was the part where they go off the stage and then after a few minutes return for the encore, and then rolled into 3 more songs before ending the night.

The third Hero of the night was Jo Lawry. A backup singer, in this concert in name only, she not only at times used her voice challenging and pushed Sting to improve his own performance (in duets), but was spot on in Peter Gabriel’s “Don’t give up”, Her Dancing, singing and exuberance took her from a “back up singer” to at a minimum, should have been Sting and Peter Gabriel with Jo Lawry. 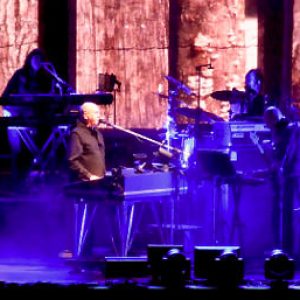 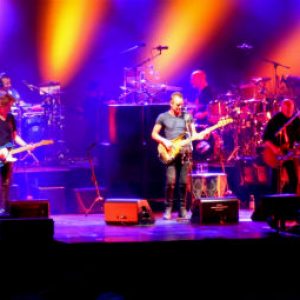