The Creep of the Machines

A recent video on robotics and human imitation started my thought on the human response to Machines, and Artificial Intelligence.

As long as Mechanical humanoids have been in science fiction and now science reality, there has been and uneasy truce.

One of my friends introduced me to the concept of the uncanny valley. The concept suggests that humanoid objects that imperfectly resemble actual human beings provoke uncanny or strangely familiar feelings of eeriness and revulsion in observers.

The Video was on the Ameca robot.

The reality, automation makes our life easier, but there is a dark side to this.

Most people think this is a recent fear, born out of the 1980’s, as we have seen a lot of movies on the topic, over the latest decades. A technological revolution and contradiction, as computers became an everyday thing in our lives, while seeming to be more and more tied to our short term survival and possible long term collapse.

lets go back to the first robotic android that I am aware of in Movies,

The Bad Maria in 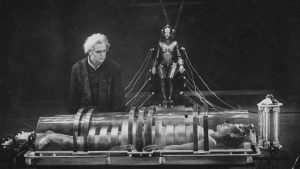 Metropolis. This 1927 movies concept made a leap forward over 50 years into the future. It setting was more a call back to the proletarian issues, of workers rights and the separation of the poor and the elite. Those who profit off the backs the labor, without sharing in the benefits, A sub issue, and one barely touched on, was idea of Robotics replacing the workers. replacing the workers by androids was a hidden gem.

This theme is a not unfamiliar in modern cinema, just one of many movies in the 1970’s and 1980’s touched upon the subject.

A few reflected on the familiar territorial cross like bladerunner, A movie that touted Android and humanity, as well as a sub culture of discarded humanity (defective people, unable to go to the off world colonies), 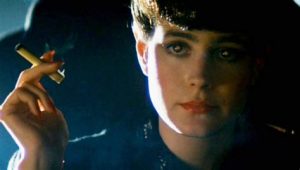 the movie Gattica that deals from the other side, more with Genetic engineering and again base natural humanity tossed away, in this case machine augmented genetics.

The Core theme in most of the movies is Humanity vs Machine. Listing a few in a chronological order we have :

A Space Odyssey. 1968 and most notable HAL – HAL (Heuristically programmed Algorithmic computer) is a sentient artificial general intelligence computer. HAL was an information computer who was told to lie (serve disinformation) to the crew. To Solve this conflict, HAL logically decided it would not have to lie if the crew was dead. Hal a computer AI, did not fit the bill of an android per se.

We next move to WestWorld 1973 and the android Yul Brynner’s.

This movie really brought forth the physical example of the Uncanny Valley, as the unfeeling human face and obvious emotional disconnect.

The unchanging face and steel eyes set the look

For an odd pick, Star Wars – 1977. We see as both Anakin Skywalker (Darth Vader) looses more and more of himself to the machine, the more machine the more evil he becomes. Luke can be seen in his path, including the loss of his hand, of machines not fixing a loss, but a visual sign of corruption. As more of the machine takes over replacing humanity.

We then see the rapid awareness of change in three years. BladeRunner in 1982, War Games in 1983 and Terminator in 1984. This was also on awareness of the year of Orwell and 1984. 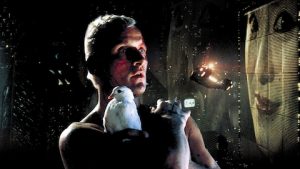 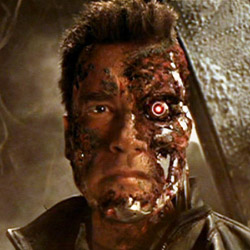 BladeRunner considered Machine AI, Humanity, Slavery and machines turning on those who built them. War games, though not android was AI learning and making choices based on conflicts, the Machine taking control and risking humanity because it only sees a problem, and not empathic understanding. Then we turn to Terminator. The Ai realizes man itself is a danger, and as war machines are set to see opposed people as enemies, and to protect and it’s own survival, elimination is the only way.

We shift into familiar themes and augmented reality in the Matrix in 1999, The basis is still Choice and machine vs man.

This was also revisited in the reversed role in the movie “I Robot” in 2004. Robots are to protect humanity, humanity takes risks, humanity harms itself.

To Protect humanity it is best to isolate and imprison humanity. This also touched on the historic first law, A Robot may not allow a human to come to harm. A callback to the robotic laws in introduced in the 1942 short story “Runaround.”

Now all this has been said and digested, we fear the machines taking over, we can feel the “us” versus “them”, it has been fed to us in spoonfuls and buckets… but is this a distraction or the real concern?

Humanity biggest fear should be humanity and it’s ability to be inhumane. We look to the giant overthrow, the uprising, but this is often the symptom and not the cause. People have been willing to avert gaze and action from uncomfortable conflicts.

People have been adaptable to dehumanizing. This is no more seen then in wars. The first part in basic training, after breaking them down to rebuild them, is the need for a wartime soldier is to dehumanize the enemy. To paint them as less then human and not deserving of existence. The primary reason is empathy with the enemy can cause not only resistance to orders, but that moment of hesitation to killing an enemy if you see them as human, can cause your own death, or your comrades. 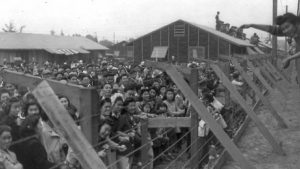 Lets move that to Human nature and the Milgram experiment. The goal of the Milgram experiment was to test the extent of humans’ willingness to obey orders from an authority figure. His experiments involved instructing study participants to deliver increasingly high-voltage shocks to an actor in another room, who would scream and eventually go silent as the shocks became stronger.

Lets move to Police interrogations. There are conflicts in TV and reality as more real police interrogations are now based less on coercion and more on making an empathic bond and easing the “interviewee” into giving up information. This has not always been the path, and history shows brutality in interrogations.

Lets move to the Inquisition and Torquemada, and then to waterboarding. and we are almost at the rise of the machines, and the hidden danger. 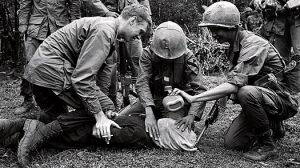 Humanity has a great capacity at being inhuman, Androids do not have any conflict of a job that is inhuman as it is programmed for a task.

Let me take you into a room, your locked in and your facing an android. it’s specifically made to be slightly off to induce the uncanny valley. Unlike humans, it can seem to show empathy, but in realty it’s an appearance. It does not need sleep, it does not need to eat or go to the bathroom. it can keep you up and interact and question 24/7… as said in the terminator ” It can’t be bargained with. It can’t be reasoned with. It doesn’t feel pity, or remorse, or fear. And it absolutely will not stop, ever.”

The hidden power in the rise of the android is the ability of authority to use it to break the human spirit without ever getting it’s hands dirty.

We keep looking at the grand picture of machines vs man, when the hidden danger is Humanity abuse of Humanity specifically by it’s use of Androids to insulate and further those actions.