The Papal Visit to Philadelphia – What went wrong and what was not disclosed. 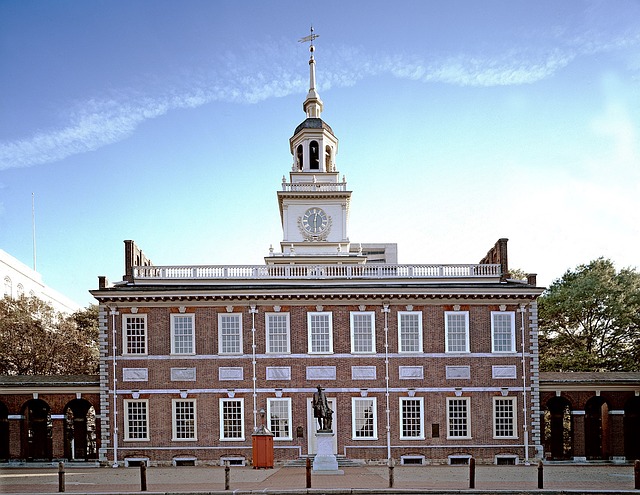 The Papal Visit to Philadelphia was something planned for months and months in secrecy that rivaled many movie plots.  Philadelphia meets the Divinci Code added with the Bourne series.

Months prior to the event the Mayor started hyping the message of massive security, road blockage, a traffic nightmare, a city closed to it’s own residents, towing of cars, lockdown of neighborhoods to residents and statements of public transportation restrictions.

All of the Above was pushed out to the press for the visitors and the local residents on how they would be impacted… unfortunately they refused to provide any plans or information, because releasing information would impact security.

The impact of this was residents who did not know if they could get food, if they had an emergency, if they could get help and if they left, how they would get back in. How would local businesses get food water and supplies with the pre-event numbers touting a crowd of over one million people descending on the event.

With two weeks to the event, the mayors office started to release maps of the event zones and the restrictions on movement. This again was vague and left things uncertain and as people reviewed it in direct contradiction to the plan.

One of the ways proposed into Center City from the blocked traffic zone, was to use bicycles, but in the secured area Bikes were banned and there was really no place to lock up a bike. Some tour buses from church groups that had been given tickets to the event, wound up canceling what was a very important event to them, because up to the days before the event, no one had a clue where the buses could park and with some carrying elderly and wheelchairs, being excluded from the event zone, would be required to walk 1/2 a mile in each direction.

The end result was a mass exodus of residents in the affected zones, a rework of the map because there was no traffic pattern for emergency vehicles, people planning trips away from Philadelphia due to the overcrowding and the release of a lottery for the events.

Sadly the online lottery was plagued with failure and greed and was handled poorly. The first release of tickets for the visit to Independence Mall failed badly. The tickets were supposed to be available at Noon but even when refreshing they went from available to gone in 3 minutes. 10,000 tickets (4 max per person)

The second wave for the Meeting of Families on the Parkway for the following day was impacted by late release. Burned by missing the release for Independence hall, people waited and refreshed for the 4pm release by evenbright. Getting a not available message at 4 pm people started to refresh and panic and by 4:05 started to hit social media with tweets and facebook posts, being distracted in asking what was going on, unfortunately for them the tickets were released at 4:06 and gone by 4:08.

Again people who were burned begged, traded and some purchased the free tickets from those who had grabbed extra.

With the Last release for the Papal Mass, things went off smoothly, with the tickets being released exactly on time and them being gone in 1 1/2 minutes.

The True deception only became evident at the events.

The non ticket zone would put you one half a mile away from the event, the Ticketed Zone promoted as close access restricted by lottery was not as presented. The area was closer… the closest point was 500 feet away from the pope the distance of over 1 1/2 football fields. This would seem reasonable except Eakins Oval where the Pope held mass and was presented was surrounded with press bleachers that were 25 feet tall and on both sides Buses and bleachers for the priests who passed out the Eucharist to the crowds, and a no access area with tents and trailers to the immediate right across the street.  So the coveted ticketed zones offered almost no visibility but a closer look to the jumbo-trons.

The Reserved tickets were given out to churches and mostly priests and high profile people. That was inside Eakins Oval.

Due to the pope running late for the Saturday festival of families, the pope-mobile passed the waiting crowd after dark at closely 35-40 miles per hour, On Sunday for the Mass, the drive was slower but again with the number of people it was hard to get a view even when passing by.

For most people it was a blessing just to be in the same city and share the excitement and the hope of seeing the passing of the pope, but unlike his visits to poorer countries where children held hands to make a barrier on the side of the road for the popes passing, we had giant obstructions and physical separation from the pope. 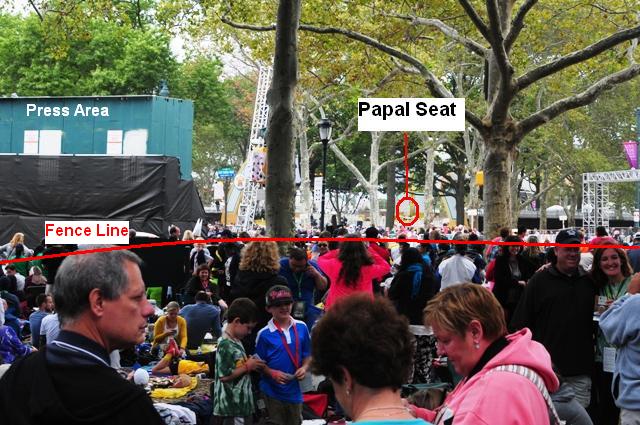