Baltimore has had a very poor run of Political Candidates, Police, and oversight. 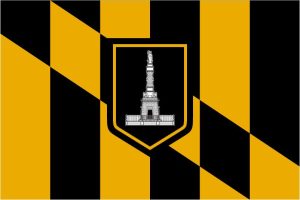 In 2007 Baltimore elected Sheila Dixon, as Mayor. Wikipedia in the list of Mayors shoes terms and notes on as an example with Ms Dixon if she completed her term.

Ms Dixon is listed as Resigned from office in January 2010. What is not listed is she resigned because she was forced because she was caught stealing gift cards donated for the poor for the holidays and used them on herself. She Stole from the poor and gave to the rich.. or self. Convicted and part of a plea, so she could remove that black mark on her record.. she in 2016 ran again and almost won the election.

Her Successor was Stephanie Rawlings-Blake, pulled forward from the City Council Presidents seat.

Under her watch the Police were allowed 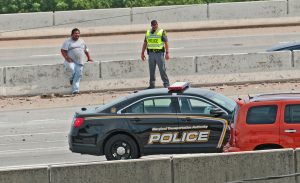 to abuse the citizens and in the aftermath of the death of Freddy Gray, she ordered the police to stand down and let the rioters vent by destroying the city.

With that baggage she chose to not run for another term.

In stepped Catherine E. Pugh, who was the CEO of her own PR firm, unknown to most published books, and returned to try for Mayor after years in both as a State Delegate and Senator.

Again we have a person who has been in politics for an extended time and is well connected, but what was quiet in the halls of the Maryland Senate, was not so easy to hide in Baltimore city.

The final downfall is the same as most, greed and power. She sold Childrens books and did not deliver them, but instead delivered City contracts to those who paid to play. During her term she was involved with the Federal over site of the Baltimore Police and as any CEO of a PR firm, she vanished from the public eye every November as the murder count hit an all time high, to return in January only after the number reset.

One of her actions by proxy and by police surveillance was the active suppression of protests and banning of political signs at assembly. It was first refuted that people were not forced to leave or be targeted for any sign not provided. Some people ejected from the public events by the Mayors staff (though it was not supposedly sanctioned) was denied, that is until the police communication channel for events was reviewed and published. Police were active in targeting signs and controlling and intercepting anyone who had a message not provided

During her term she appointed a few police chiefs. The first she supported until she let him go after the highest year murder rate. (after the year ended)

She then tried to appoint without supervision, input or public review another Police Chief. In the end she stepped down under federal investigations into selling contracts for personal gain.

Now steps in Jack Young, former City Council President who stood by and rubber stamped all above mayors did, after taking the position on Stephanie Rawlings-Blake rise to mayor.

Where Mr Young will go from this, is up in the air. But he started in City Council in December 1996. It seems 23 years in office in one form or another is not enough.

He was in a position of power during police abuse, during mayoral corruption, during a mayor trying to appoint without review canidates as well as a time contracts for The Grand Prix of Baltimore, that while connected with the city were blocked from public review, in direct conflict with the law and FOIA.

In the end, even with direct theft from the poor, Baltimore City voters do not learn and do not care. Thats how corrupt candidates thrive.