As a person both fascinated by some of the astounding artwork, and sometimes outright garbage presented by tattoo artists, as well as a personal fear of needles, I decided to attend a convention. 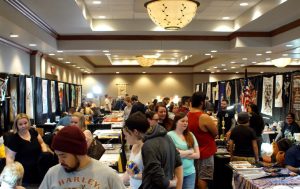 This has been a long time coming, as I have been dancing around the idea for many years.

Being my first convention I expected to see needles and who knows what.. piercing and all sorts of oddities. Tattoo dens always brought out the idea of Bikers, Jailhouse, carnival and various fringe elements.

What I discovered was a mix of both Traditional artists, those who strive for unique realism and the unusual as well.

The idea of large needled was just a false fear in my own head. For those o have never experienced watching someone get a tattoo, the buzz the tool made was no louder then a electric hair clipper. 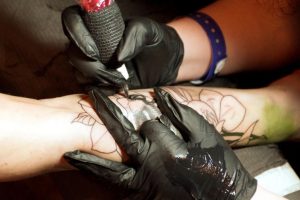 Some of the tattoos were obviously painful due to both sheer size and positioning to for example tattoo the back of the forearm.

Some of the art was in fact fantastic and detailed and with that is a cost. I understand a tattoo cost in both time and materials, but most importantly in sterilization and safety for both artist who risks blood contact on each tattoo and the tattooed who expect the correct procedures for the price they pay. 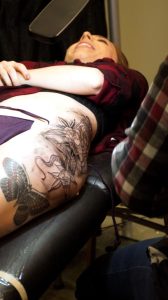 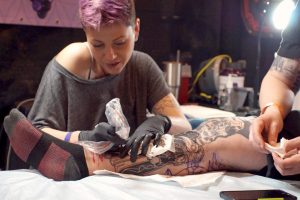 As a side show, they did also have both a sword swallower and a burlesque show later in the evening.

In the end it was a pleasant surprise and I got to both confront a fear and see something, that most people never take the time to explore.

Next time I will check out the Philadelphia Tattoo convention.