Sadness for conventions goers is a simple issue, all the conventions that you want to attend, all lump around the same time of year. You have long stretches of nothing to do, followed by a stream of multiple conventions, the ones you want to see, often conflicting with other conventions on the same weekend.

Most east coast Anime/Cosplay Conventions tend to bunch up around the Summer and Fall times.  Late summer is a great time, but in Baltimore and the surrounding area, going to Bronycon or Otakon as an example, the weather is pure guesswork. More often then not, your going to a convention watching people try not to melt. (Otakon in 2016, the last year in Baltimore) had outside air temperatures of 110+ °F (43.3c)

Katsucon is a pleasant departure from this.  In 2017, the weather was fantastic. In late February the temperature average is 38°F, but in 2017 the weather decided to cooperate and it was 77°F. This is not the usual weather for mid February, but even with cold snow and ice, The Gaylord Hotel offers an advantage in light and open areas.

Visiting Katsucon  in 2017, my first time, I did not know what to expect, also being my first visit to the Gaylord National Hotel  & Convention Center.

Most Baltimore Conventions have the issue of being in Center City. Traffic and parking are always problematic and is only compounded on days where Sports games are going on. (because the Baltimore Ravens and Orioles, are 3 blocks from the convention center)

From Baltimore, it’s a longer drive, but the Gaylord hotel is right off the highway and getting to and from it is less of a hassle, both in finding parking and just getting around.

For a convention, Especially an anime convention, The Gaylord offers plenty of room and places for photography.

Though Smaller then Otakon….  Katsucon offers most of the same feel. With Anime panels, cosplay and contests, a large dealers room and artist area. So Katsucon is just another small anime convention??  No not at all.

Where Katsukon Excels is in a number important areas. 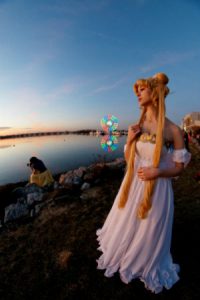 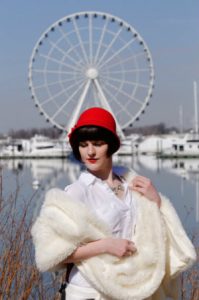 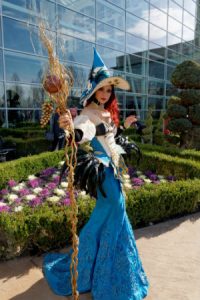 If you are or know an anime fan, your dealing with the winter stir crazies, want to experience a large convention in a hotel… not in a “conference center“, If you feel self conscious and want to see a convention but not sure if you want to be fully involved, take this chance and even if the weather is not fantastic, you may find that… Katsucon is for you.