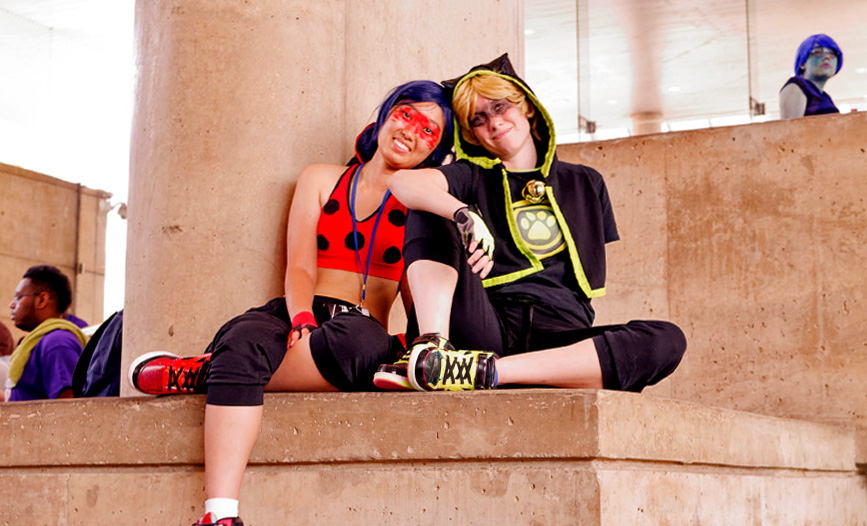 Otakon this year was both a closing and opening up for new possibilities.

I first visited Otakon in 2011 and fell in love with the whole Idea. Otakon brought before my very eyes an entire massive display of anime that I had never viewed, a large and exuberant convention, and a massive display of cosplayers.

I returned to the Baltimore conference center for Otakon 2013 and was pleased to find that it has grown, and it was obvious in some area’s like the AMV (Anime Music Video) contest, that both the pure numbers and building obstructions in traffic patterns, that Otakon was in need of both changing the floor plan and path of traffic and/or expansion.

Due to Baltimore City’s constant decision to bring up increasing hotel and convention space but not doing so because of budget issues, Otakon was forced to look for a new place to call home.

2013 marked the public notice of Otakon’s departure and its last year for Baltimore would be 2016 and would move to Washington D.C. in 2017. (Otakon was contracted through 2016) The same year Otakon announced the creation of Otakon Las Vegas.

With the Baltimore riots, continuing financial struggles in the region, and now a west coast Otakon, the numbers dropped in Baltiomre. This was not just for Otakon but also for BronyCon. (Most conventions saw a drop in attendees) This relieved a little pressure on the 2014-2016 years, but was too late to prevent the move and even with less numbers; the Baltimore Convention Center was a less than ideal host.

Otakon has at any one time running on schedule, 26 separate events, and game room going at the same time, that’s not including information booths, onsite medical, special needs services, dealers and artists LARGE rooms and Convention Registration. With the BCCC having a total of 1,225,000 square feet of space, it was still not enough and in 2016 Otakon expanded into the adjoining hotels. (Otakon staff and assistants really have a LOT to handle at the same time)

It is a treat in itself just wandering the convention, and you don’t need to rush because of short convention hours. Otakon’s main two days, Friday and Saturday, run from 9 AM to 2 AM (yes, 18 hours) taking a 7 hour break to start a second 18 hour day.

Otakon has so much going on that you can’t see the whole convention, you can plan and move from place to place, but there will always be things you will miss and things scheduled in conflict.

What do you get?

Due to this year being oppressively hot, there was not much of a chance except for Thursday afternoon’s outdoor event to get pictures of people in costume wandering all around the inner harbor. With a heat index topping 111 Degrees/ 48.8 Celsius, inside the convention center was the photo opportunity this year. (without melting)

If you’re interested in seeing people in costume, then Otakon is a MUST. You will see someone in costume every 15 steps, and almost everyone in costume is more than willing to pose for a picture. The only downside of this was the schedule missed a lot of groups. It would have been nice to have a whiteboard in the main info area to add information on later added photo groups. (Avatar/Korra as an example was not listed for cosplay photos but they got together on Saturday, but it was nowhere to be found on a schedule.)

The biggest downside this year was a lack of Convention staff coordination with directions, the artist alley Information booth being unmanned most of the time without any maps or schedules, being directed to the exact opposite side of the convention center from where you wanted to go, and the schedule/maps not being as clear as they could to where each event was being held. Confusion when you have 26+ things happening at the same time is not your friend.

Otakon is an experience, it allows a glimpse into the production of animation, you get to ask questions to the creators and companies, you get a chance to purchase memorabilia that is not normally available in the U.S., and you get to be a part of 29,000 people who are all there for the same reason. It truly is a celebration of Asian anime culture, the freedom to dress up and be part of the anime you love and the friendships of finding others who are just as enthusiastic as you.

Looking to Otakon 2017, the traffic around Washington D.C. is horrible, but for both the staff and attendees I can only hope the new location will offer the attendees the convention traffic flow improvement, that has been needed for so long.