The 2016 Presidential results – How the mainstream media got it wrong 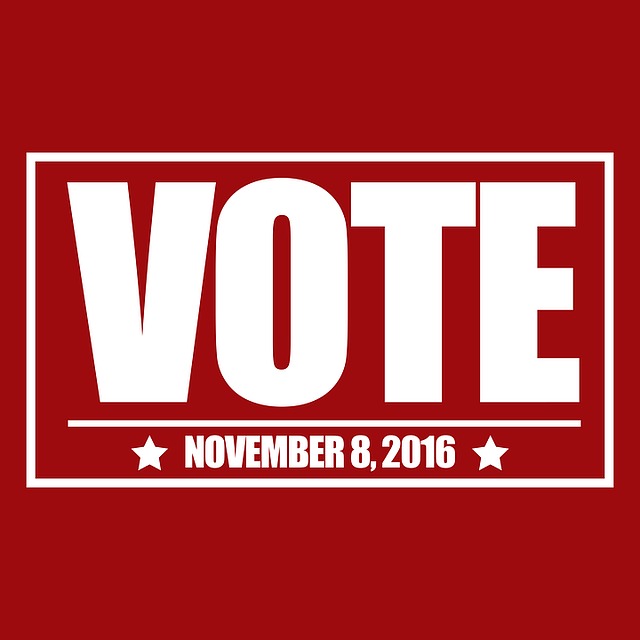 I am first going to start this off saying, please read the full article and take it fully in context; I understand this is an emotional issue for many readers. That being said…

The mainstream media has been banging the drum of Hillary Clintons win,
and her numbers that could not fail.

No matter what hardship she faced, they screamed of change and moving forward, and like a summer vacation swimmer, they failed to estimate or even believe there was an undertow.

In hindsight, after much gnashing of teeth, disbelief that the polls and numbers could wrong, the media finally tied the loss, to the dissatisfaction that was shown in Brexit, the vote to leave the EU in Brittan, that all the media and powers elect, at that time, said would not and could not happen. (even this is short sighted)

They failed because they missed the first “shot across the bow.”

The U.S. first felt the peoples refusal for Government business as usual, after the housing crisis, the stock market failure, and bankers and oil companies setting up the economic collapse out of greed. From this the Tea Party Movement started. The change pushed into congress and the Senate and even before this, the first Obama presidency, showed subtle footprints in the sand.

For this Journey, I start off in 2005, Americans who were taking advantage of, and taken advantage of, bad home lending practices. They were presented with loans with little or no equity. People bought up into properties that they could barely afford.

The long standing income ratio vanished and ended in no income verification loans, adding to the over-extension of the public debt. This housing bubble was not broken by the banks per se, but by the secondary actions of the stock/commodities market and rampant Oil price Manipulation by large pumping and dumping.

Hedge Funds and Banks –including…  J.P. Morgan, Morgan Stanley, Barclays, Goldman Sachs, Citigroup, started to push the oil cost up. The repeated pump and dump, collective large investment coordination, buying oil and then selling causing the drop and then buying again… over and over.

Transactions happening in microseconds that big business could control and harvest. People were barely living on a tight budget in 2004 with gas costing $1.80 to 2.10 a gallon. By late 2005 gas hit $3.20.

People were mad, they were struggling with the increased costs of food, gas to get to work, tied to the very limited financial wiggle room… homeowners started to fall behind. In 2008 the gas manipulation hit an all time high, pushing up the price per gallon to over $4 a gallon. People were forced to fill the gas tank or pay for the home. If they did not fill the tank, they could not get to work. Not being able to pay everything, the mortgages failed and the market collapsed.

The second tremor – “Hope” and “a change we can believe in”. it’s now 2008-2009 and on deck is president elect Obama. Hillary was again one of the primary candidates but she lost, and in the end it was not because she was a woman or Obama was black, though that helped, it was that Obama a relative newcomer to the electorate and one who was perceived to not have been connected to the insiders, and as a newcomer, would make a change.

Though his ideals were good and we believed the dreams, he was faced with a financial collapse not of his own making, a split house and senate where he could not move legislation, and sadly the lack of fortitude when needed… to go to congress and wield a big stick.

Obama needed to call congress out and drag them into the light, when they were not working in the interests of the country and its people. I refer to the holding of the budget hostage as a manipulation tool, without regard to the effect to the population or economy depending on it. Both Bill Clinton and Ronald Reagan knew the power of standing before congress, with the public watching, and putting them in place.

The third wave – of dissension, was the Tea Party Movement. Again big government, banks and special interests, increased government taxing, regulating, draining the people of money and the ability to get ahead.

The Tea Party was able to effect some changes in the Republican Party, waking them up to the fact, people were not willing to just do business as usual, but unfortunate for the Tea Party, and the people who voted them in, they were elected in an unfortunate time of political deadlock. The population voiced they wanted a change, first on the Democratic side and then Republican.

With the country in deadlock, and the Tea party not getting a lot of traction, change headed overseas.

The fourth wave – Brexit. Brexit hit Brittan and just as this election hit the US, the media and the powers that be, pushed that no change would happen, that the people would follow… and anyone who would suggest otherwise was branded as out of touch.  In hindsight it’s not a shock that people who were presented a dual message of “be alert and vigilant of terrorists” and “watch everything” conflicted with the ideal of opening up boarders and worry about safety later. While Europe was devastated by bombings, those in power were slow to react and again sent a second dual message.

Security was only value when it did not impact those in power, making money and trade agreements. Even if not on top of the populace mind, government and commercial interests trumped the peoples.  Brittan’s concern of the Islamic influx and job outflow, mirrored the U.S. fears.

National security concerns with possible terrorist immigration in the U.S., job loss and a constant insecure boarder and a continual kicking the border issue down the road.

The American people, want people to enter into the United States following the rule of law, expect government to follow its own rules. For decades the U.S. citizens watched both parties ignore the issue, and then rename a protected populace from, “Illegal” aliens, to “undocumented” to now “Unauthorized labor,” the terms softened to make breaking a law more like a suggestion and amnesty was not a single party thing, it was used by Regan, Bush, Clinton and a push was attempted by Obama.

This leads us to the Trump V. Hillary campaign.

The fifth wave was dual in nature, The Trump Dynamic of ignoring Political correctness that served to weaken the people’s ability to have free and uncensored speech, and the anger of Jobs being moved out of the United States by companies, now part of an ever expanding global market, and the continual cheap labor market, left to workers who entered illegally or stayed in the country after the permits ran out.

The Sanders movement was based on the same platform of breaking the status quo, of breaking out of corporate influence and government supported self interests.

Sanders was undermined in the primary election by his own party. The Democratic National Committee had an agenda of keeping the power structure and patronage as it was. They pandered to women and minorities and made the primary push, a division that Sanders was a communist who was out of touch and would destroy the Obama legacy and stability.

Branded from the start, without the overwhelming Clinton brand, The DNC had the super-delegates fix in before the first primary was even run.

Sanders picked up momentum but it was too late in the game to overtake the machine and Hillary won the primary. With the Sanders close call in the primary, the DNC pushed unity and no doubt deals for the addition of some of Sanders agenda for his support, Sanders supported Hillary.

The DNC and Hillary failed to realize that Sanders supporters were not like Hillary devout followers. As a group, people who voted for Sanders were issue driven. They tended to analyze the entire spectrum. The deal that bought Sanders, did not buy his people, in fact it had the reverse effect, a back door political deal, it drove a fair part Sanders voters silently to Trump. Change was the key.  The Sanders Vote Split resolving in Sanders supporters not voting, voting green or choosing Trump.

In the end it was not racism or hate or deplorable, it was people were infuriated at the business as usual and Hillary not only stood out but embraced that a policy, one that failed to lift up a large portion of the population.

This desire for for change has spanned 11 years. The Desire for change is here and will continue to be a powerful tool if the political parties can adapt and are willing to do so.

Was there a path for a Democratic win? Yes.

The DNC needed to prior to the primary election, come together as a mediator between Clinton and Sanders. This was possible because both candidates purposes could me met. The DNC needed to convince Hillary to withdraw and support Sanders and his agenda of change.

Sanders as the primary was a candidate, could united democrats and republicans looking for change, and beat Trump. Hillary for this deal, would be Sanders pick for the Supreme Court. With Sanders as president the people would rally to Sanders and with Hillary in the Supreme Court, the democratic party could secure the Obama Legacy, protect corporate law and swing all court challenges.

The article is not about support for a candidate or agenda, it’s not about who was better, but it’s about why we are here today… what could have changed it… and what everyone missed.