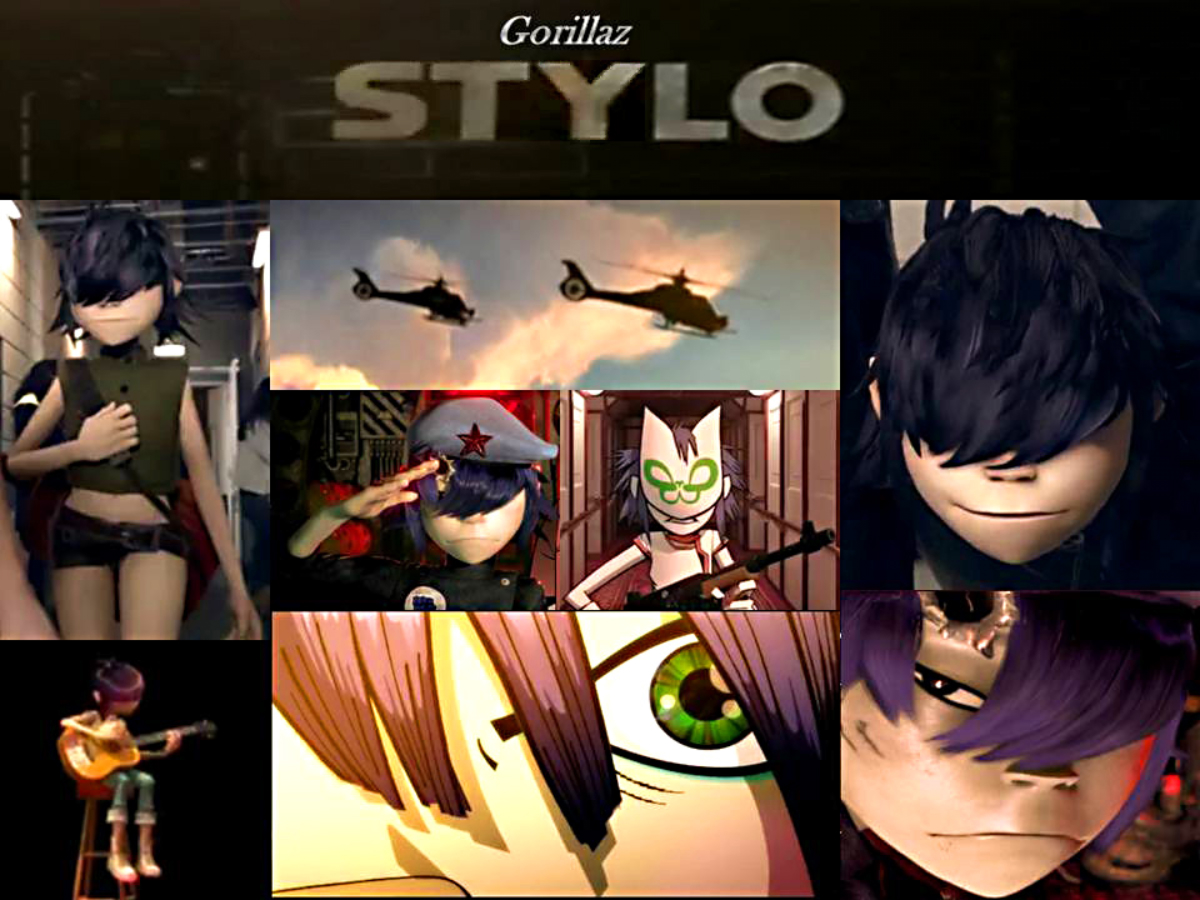 Gorillaz, One of the bands you should know, but may have never heard of. I was first introduced to the Gorillaz by MTV when they played the song “19-2000” that was better known as Cool Shoeshine.

Popular… if not prolific, the Gorillaz fans would have to wait five years for a new album. Gorillaz released “Gorillaz” in 2001, followed by Demon Days in 2005, and finally Plastic Beach in 2010.

Fans, wanting more, wait in for a long time. This is not unlike the old USSR where people were known to wait in long lines, any line… for whatever was at the end of the line without knowing what it was. Gorillaz change on each release, the backup and sound of the album, so we never know what we will get in the end.

Plastic beach is the end of this wait and a resolution to a cliffhanger about the possible death of Noodle at the end of the “El Mañana” video. Noodle alive returns after four years.

Going to the Gorillaz U.S. tour for Plastic does not disappoint. The running joke is during the animated bands absence, the real band substituted for the animated band and refuses to leave the stage. The concert is just that, a full orchestra on stage. Splitting between watching the band onstage and a giant screen backdrop above the glowing name of the band is a treat.

Gorillaz in all it’s form on tour, has you diving into the concert and dancing at your seat cheering, just like you were on the dance floor with the virtual band.

The Only Regret, knowing that if another album and tour is produced, the wait will be most likely another five years.